Book your Business Before Hours Today!

Join us for an evening of networking and meeting new like-minded people that surround the Central Valley. So lets get together and build incredible center of influences.

We are always looking for new Chamber U speakers.

Do you have something educational to share with our community? We are always eager to learn!

Contact the Chamber today, we would love to hear from you

The primary mission of the Modesto Chamber of Commerce is to develop and promote initiatives that will unleash the economic potential of the Greater Modesto Area for the benefit of all our citizens. Benefits accrue from a vibrant, growing economy in the form of more and better-paying jobs, a stronger sense of community and a continuously improving quality of life. 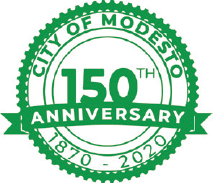 During the 2020 calendar year, the city of Modesto will hold a sesquicentennial celebration – Modesto150 – consisting of a series of community events.  Across the city, organizations and communities are encouraged to participate!

The goals of the Modesto150 celebration are to:

Explore the official Modesto150 website to learn how you can celebrate with us, and consider partnering with the City of Modesto to help get the word out about your Modesto150 event! 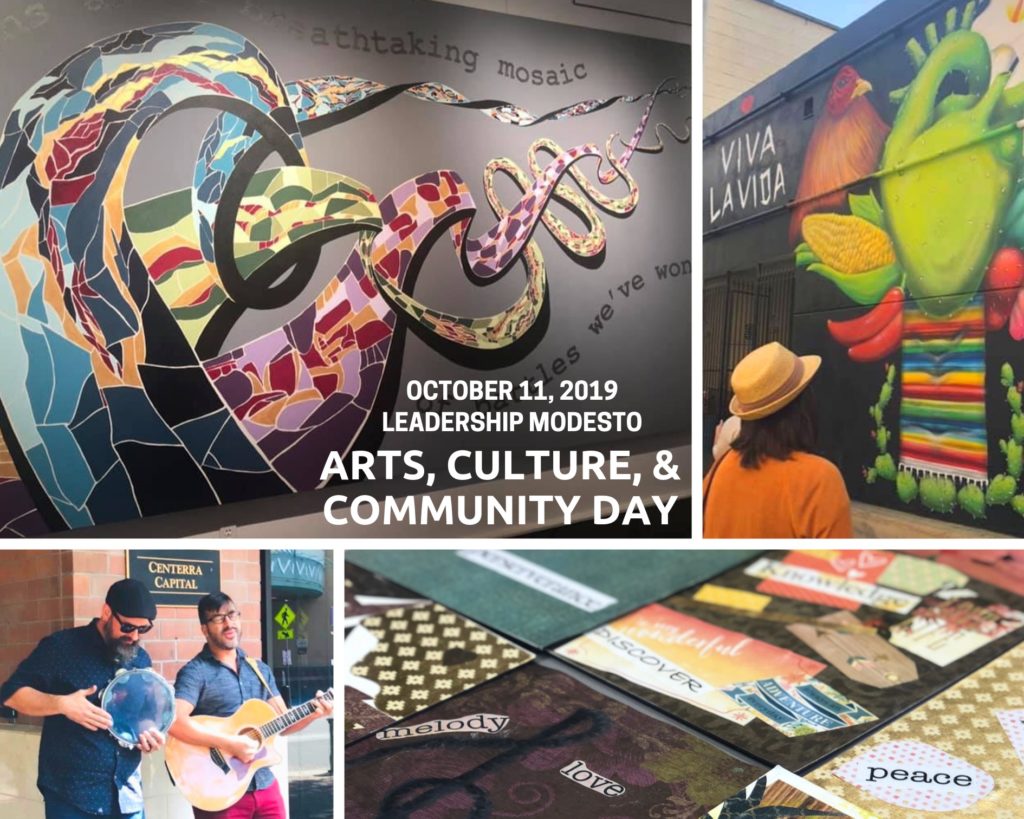 Congratulations to our 2019 – 2020 Leadership Modesto class!

Educate yourself and your business with these unique seminars!

Chamber U will take place the 1st Wednesday of each month.

The next regular municipal election for the City of Modesto will be held on Nov. 7. On or before that date, registered voters will cast their ballot for, among other races, city council candidates in Districts 2, 4, and 5.

The Modesto Chamber of Commerce reminds its members it is essential to be part of the democratic process. The first part of that process is to register to vote; if you haven’t already, please visit www.stanvote.com to learn more. The second part of the democratic process is to learn everything you can about what is coming up on the ballot; that includes doing the research to determine which of the candidates align more closely to your own views and values. The third part is to get out and vote!

As part of this important process, the Chamber sent questionnaires to each of the seven candidates for Modesto city council, and invited each to attend an interview-of-sorts. Each candidate (three from District 2, two from District 4, and two from District 5) responded to the questionnaire, and their responses have been published here—in their own words—for your education. For the interviews, the candidates met collectively with their district opponents and members of the Chamber’s Board of Directors and Government Relations Committee. We asked each candidate to elaborate on their questionnaire answers, and it was solely based on those interviews and their written responses the Board of Directors ultimately decided which candidates to formally endorse for office.

The Board of Directors chose not to endorse a candidate in Districts 2 and 5, and elected to endorse incumbent Bill Zoslocki for District 4.

In endorsing Bill Zoslocki for District 4 city council, the Board reaffirmed its goal in standing aligned with policy makers who steadfastly support the policy statements made by the Chamber, specifically in relation to economic development and growing the local business climate.

The Modesto Chamber of Commerce Board of Directors and Government Relations Committee believe this is an excellent track record, and shows residents of Stanislaus County truly believe the library is an asset for lifelong learning. Your Chamber fully endorses Measure S, the renewal of the special library tax.

We hope that as soon as you picked it up, you noticed something different about this month’s Progress Magazine. A dedicated team has been working, behind the scenes, to create a new marketing strategy for the 100+ year old Modesto Chamber of Commerce (MCC). Every aspect of the Chamber’s new marketing strategy was designed with the Chamber’s users in mind. The intent of the changes are to better reflect the vibrancy and diversity of Modesto’s business community. The re-launch of Progress Magazine is the first step in a new overall marketing strategy, which will continue to roll-out in 2017.

While the Chamber’s core purpose is still making the greater Modesto area a best-in-class region, where businesses and individuals alike can thrive, our new marketing approach also allows us to be more forward-thinking and innovative. The new design of Progress Magazine was created to be more user-friendly, featuring Chamber member stories and highlights our new C.A.R.E.S. messaging. The C.A.R.E.S. messaging, which stands for Community, Advocacy, Relationships, Educate, and Service, provides the perfect framework to showcase the efforts of the Chamber and our members in our community. In addition to the print version of the magazine, we will also be launching an electronic version which includes a link to the latest edition on our website.

Progress Magazine is the first step in re-launching our Chamber’s brand in new and innovative ways. Later this year, we will be releasing a re-designed and mobile-friendly website. Our website will serve as a useful tool for our current members, community members and potential members. Along with the website redesign, we will be realigning our social media efforts to keep chamber members and the community up to date with current events. To top it all off, we are exploring other online and offline elements we can use to keep our members and the community informed. Watch for more in the coming months to see how you can take advantage of these great new tools!

In the past, this permitting process could sometimes take weeks to get plans approved, due to back-and-forth cycles of comments and plan corrections. The new collaborative process is intended to circumvent that process, so that permits may be issued without transmittal and communication delays. The “Tenant Improvement Tuesday” program makes staff available on Tuesdays between 9 a.m and 3 p.m. for in-person appointments to review plans together, allowing adjustments on the spot and possible staff approval. The program goal is to expedite initial permit approval to within an hour. There are no extra costs or fees for using the Tenant Improvement Tuesday program. Of course, applicants can continue to use the standard permit application process, making appointments with staff as needed. 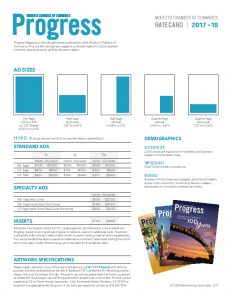